You don’t need to know C to use this article, or be a programmer.

Note: you can also use GEGL plug-ins outside of GIMP, e.g. in the gegl command-line program and maybe even in GNOME-Photos, unless you use GIMP-specific features such as calling other GEGL operations that GIMP provides.

GEGL Plug-ins are super easy to use in GIMP with on-canvas preview, and you can even save and load settings. They are in the C programming language and are nice and fast, sometimes taking advantage of your graphics card or multi-threading.

Although you can write scripts for GIMP in Python, Schema, JavaScript, Lua, and maybe more languages, those scripts don’t get a preview at all, or just get a tiny one in a  pop-up window.

GEGL plug-ins can also be used as part of more complex GEGL graphs, like building blocks.

How hard is it?

Someone who hasn’t written any C before and isn’t a programmer can translate the GEGL Chain syntax shown in part two into C, with a little practice. You may need help from a C programmer if you get errors or get stuck. This article mentions some of the common errors, though.

Allow about an hour to turn a GEGL chain into a C plug-in the first time, and about another hour to get it to compile if you haven't done that before. 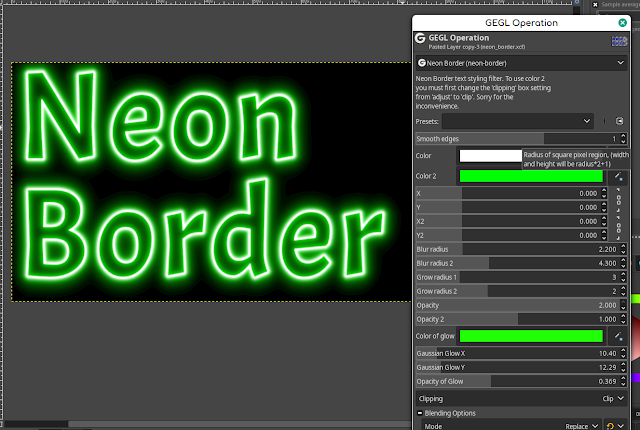