December 26, 2014
When I was seven , back in 1970, my father took a new placement as Vicar at the village of Haynes, in Bedfordshire. We went to look at the house in Winter; I was so cold that my mother put plastic bags over my socks, inside my shoes, to try and warm me up. I don’t remember whether it worked very well, but at any rate later that year we moved into the vast, crumbling old vicarage in Haynes Church End.

I hope Terry Stevens won’t mind me using his photograph of the vicarage and the church:

At holidays, and especially at Christmas, the family would descend. One year we had fifteen people to Christmas Lunch, most of them stayed for at least a week. We didn’t have enough bedrooms: there were people on sofas and couches, and others staying at nearby Hawnes School (later Clarendon School) or with Henry and Penrose Green or another neighbour.

That was the year the water in the toilets froze: the crumbling mansion had what I called “central heating” consisting of a total of three radiators for the entire house, placed in hallways as a sort of mockery of actual heating. My older brother Robert took away the cast iron Victorian fireplace from the front room to reveal the sixteenth century brick and stone fireplace behind it; at least after that we could have a roaring log fire in that room as well as the smaller coal fire in the living room. The fires did not, however, heat the whole house, and rubber hot water bottles were used at bedtime. Grandma made sure we knew about it the next morning when the pee in her chamber pot froze.

Christmas for so many people was tempting fate a little too much, and the ’fridge broke down. The repair man kindly came out to the vicarage—it turns out that a lot of people will go an extra mile to a vicarage, possibly as a sort of spiritual insurance plan—and told us that the problem was the ’fridge wouldn’t work when it was colder in the kitchen than the temperature to which we had set the ’fridge.  Which was fine except that it meant the freezer part of the ’fridge also didn’t work!

Another year there were power cuts, and we cooked the food on a gas camping stove in the kitchen. We hadn’t heard about carbon monoxide poisoning but I suspect the house was so drafty that we were perfectly safe. There were two-inch gaps between the two halves of the sash windows in places.

Mum hated cooking at the best of times; a lot of that came from an incident early on in my parents’ marriage: we’re shaped not only by genetics but also by experience. At the worst of times, cooking for fifteen adults and five under-fives, Mum never really complained, at least as long as everyone pitched in and helped. But in retrospect part of that was because she wanted everyone to be happy at Christmas, so she summoned extra strength.

The house was large enough that you could always get away from people; there would be a room with television and a room with people playing parlour games or sitting and reading or chatting. Of course, the rooms could be fairly full. When Grandma had to go to the toilet she made sure to make her way to the door slowly, leaning heavily on each person’s knees in turn as if she could hardly walk. The illusion didn’t last: when she got out of the room you could hear her footsteps speed up.

Christmas day also had a church service in the morning (distressingly close to the Christmas Eve midnight service the night before!), and, after lunch, the ritual opening of the obscenely large pile of presents under the artificial flame-resistant   tree. Yes, artificial, because, long before I was born, Robert came home with a candle they’d made at school and, dancing proudly, fell over. The village (St. Ippollits then, and no-one there can spell Saint Ippolytts either; even the street signs were all different) helped out with new presents and a replacement tree from the primary school, but ever after the tree had to be artificial.

No presents were opened until the dishes were all done and everything was clean and tidy. And afterwards was a walk.

People stayed for several days after Christmas, and lived off cold pheasant and turkey and after that turkey soup. We always had a brace of pheasant from the local farmer, Tom Davies at Home Farm, and we always loved them. They’d arrive a week to ten days before Christmas so they could hang, which improves the taste. Really, it does. Sometimes there was also a large box of brussel sprouts, always tasting best after the first frost. The Christmas Pudding would sometimes be one that had been given to us the year before by the Scotts from St. Ippolytts, as you’re supposed to let them age. One year we had a new one, but the person who steamed it didn’t realize you had to take it out of the plastic pot first. No problem, there was one from the previous year in the cupboard, and once the pressure cooker was cleaned of melted plastic it was all systems go.

Living here in Canada, in Eastern Ontario, it seems hard to remember that some years we hadn’t had the first frost by Christmas; other years the house froze up. The winters in England were mostly cold and damp, which is vastly more unpleasant than the Ontario cold and dry winters. But we had the coal and log fires and we had the church, and at night we could close the eighteenth century wooden shutters and the wartime blackout curtains and make it less spooky; at Christmas the house came alive. I slept in the attic, and after I went up the stairs each night I'd hear someone else coming behind me, maybe five or ten minutes later. It was the boards creaking.

So the house was always cold in the winter, but it was full of people at Christmas, and, being a vicarage, often full of people at other times too. I loved it there, even if I hated the cold. Of course, I wasn’t the one paying the food and heating bills!
christmas family

Captain Fantastic said…
Despite now having central heating, for years in the 80's our vast farmhouse had none. Given that it's once vast areas of land were down to 80 acres, heating was not a priority for my young parents. So my early Christmases and winters in Yorkshire were very similar: my mother doing the dishes in coat and boots; of having to scrape the ice from the insides of windows; and of racing down to get the milk in before the finches pecked through and drank all the cream from the top.

Yesterday I turned the heating on at home to warm it through before our guests arrived. The result, for a family used to wearing gloves in the house, was that we all fell foul of the soporific 14 dgerees and fell asleep on the sofas after lunch.

Unknown said…
The photo belies the tale Liam! I guess most old (glorious) houses fall prey to time and lack of investment/maintenance?

Unknown said…
Brillant! Happy days brov. I remember creeping into the coat cupboard to get warm. It was the warmest place in the house because all the hot water pipes passed through it. I also remember being held hostage in the downstairs toilet by an enormous Hertfordshire spider positioned between me and the door and later finding one in the bed in the pink room! Help!!! Don't forget the Narnia cupboard where all the jumble sale fur coats were hung up. Thats my room with the window ooverlooking the field. The Windows each side were bricked up to avoid the window tax. I painted the room purple including the old ink stained school cupboard where I found a bat hanging up one night! Still got the cupboard now... painted in a tasteful Farrow and Ball green now.
December 28, 2014 at 3:54:00 PM PST

Liam Quin said…
(the deleted post was a duplicate that Ruth asked me to remove; unfortunately you probably still get to see that a comment was deleted)
December 31, 2014 at 2:59:00 AM PST

pd said…
That's a beautifully written memoir Liam; how places and experiences are so often about people.
December 31, 2014 at 12:59:00 PM PST 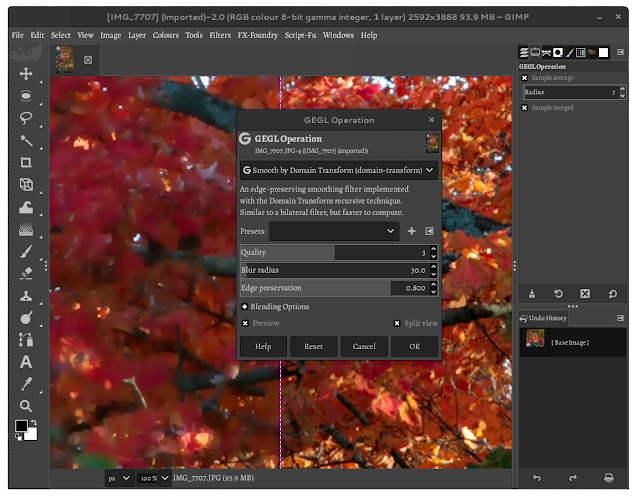